You are here: Home1 / News & Publications

de la Parte & Gilbert is proud to be a sponsor at the upcoming 31st Annual WateReuse Symposium to be held on September 11-14, 2016 at the Marriott Waterside Hotel in Tampa. The event brings together water managers and industry leaders to network with the best and brightest in the field and to learn what’s working and what’s next in water reuse policy, operations, technology and public perception.

WateReuse is internationally recognized as a thought-leader on alternative water supply development. Their mission is to advocate for policies, laws and funding at the state and federal level to increase the practice of recycling water.

Patrick McNamara has been selected in the area of Personal Injury Litigation – Plaintiffs. Pat practices in the fields of commercial, civil, and personal injury litigation, health law, construction law and appeals. Pat can be reached at pmcnamara@dgfirm.com.

Mr. Gilbert is included in the 2017 list for the 15th consecutive year in the areas of Commercial Litigation, Medical Malpractice and Personal Injury Litigation. Rich is Board Certified as a Business Litigation Lawyer and Civil Trial Lawyer and can be reached at rgilbert@dgfirm.com.

Making a 10th appearance, Ed de la Parte made the list again for the specialties of Utilities Law and Water Law. Mr. de la Parte is Board Certified as a State & Federal Government and Administrative Practice lawyer and can be reached at edelaparte@dgfirm.com.

David Caldevilla is a Board Certified Appellate Lawyer and is listed as a Best Lawyer in Appellate Practice for the 5th time. David can be reached via dcaldevilla@dgfirm.com.

Best Lawyers® was first published in 1983 and has become universally regarded as the definitive guide to legal excellence. Lawyers are not allowed to pay a fee to be listed, thus inclusion is considered a singular honor.

David Caldevilla has been appointed to serve as the Vice Chair of The Florida Bar Appellate Practice Certification Committee for the 2016-2017 term. The Committee is responsible for the evaluation of competency, experience, and professionalism of attorneys seeking board certification in the area of appellate practice.

de la Parte & Gilbert is proud to be a sponsor of the 8th annual Wine for Us fundraising event. The festivity, hosted by The Florida Section of the American Water Works Association, will take place July 28th at the Orlando Science Center. This year’s event goal is to raise $50,000 to benefit Water for People.

Water for People is a private, non-profit organization established to help communities in developing countries improve their quality of life by supporting sustainable drinking water, sanitation and personal health and hygiene programs. Since its inception in 1991, they have developed a proven model of community involvement, local participation and training to implement culturally-sensitive and technically-sustainable solutions to the water/sanitation needs in communities around the world.

Attorneys recognized by Super Lawyers have distinguished themselves in their legal practices based on the directory’s independent research, as well as peer nominations and peer evaluations.

Patrick J. McNamara and David M. Caldevilla, have been named to Florida Trend’s Florida Legal EliteTM for 2016. Florida Trend’s Legal Elite recognizes the top tier of attorneys as chosen by their peers. These lawyers have each exemplified a standard of excellence in their profession.

Pat McNamara is the firm’s Managing Partner and manages a broad practice including commercial, civil, and personal injury litigation, health law, construction law and appeals. Pat can be reached at pmcnamara@dgfirm.com.

David is a shareholder at de la Parte & Gilbert and has been a Board Certified Appellate Lawyer since 1997. In addition to his appellate cases, he also focuses his practice on administrative, civil litigation, environmental, eminent domain and government cases. David can be reached at dcaldevilla@dgfirm.com.

David Caldevilla is a proud “gear-head” with a passion for classic cars. After growing up playing with Hot Wheels and slot cars, David progressed to purchasing and refurbishing his first car – a 1969 Camaro. As a teenager, he picked up photography and found that cars were his favorite subject to photograph. After discovering a technique that blurs the lines between photography and painting, David combined his love of cars and photography into one single passion: Automotography. You can see his artwork in person in the lobby of the Bank of America Plaza in downtown Tampa or visit his website at www.automotography.com. 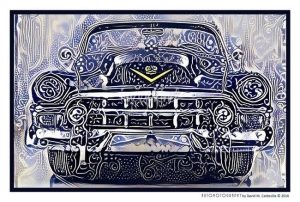 David is a shareholder with de la Parte & Gilbert and has practiced with the firm since 1989. He is “AV” rated by Martindale-Hubbell and is Board Certified by The Florida Bar in Appellate Practice. In addition to his appellate practice, he also

focuses his practice on administrative, civil litigation, environmental, eminent domain and government cases. David can be reached at dcaldevilla@dgfirm.com.

David Caldevilla, a de la Parte & Gilbert shareholder, was recently elected to the serve on the Board of Directors for the historic Centro Asturiano de Tampa. The Centro, founded in 1902, began as a mutual aid membership society to meet the recreational, social, educational and medical needs of Spaniard immigrants working in the local cigar factories in Ybor City. The club regularly hosts events to help preserve and promote the heritage and culture of its members. David’s family has been a member of The Centro for four generations.

David Caldevilla has practiced with the firm for over 25 years and focuses his practice on appellate, administrative, civil litigation, environmental, eminent domain and government cases. David can be reached at dcaldevilla@dgfirm.com.

Their efforts contributed to last month’s resolution among the cities creating the Polk County Water Cooperative (“PCWC”). The newly-formed cooperative will be aimed at helping Polk’s local utilities provide water to meet demand for the next 20 years.

Once approved by the various city commissions, Polk County and also the Southwest Florida Water Management District, the PCWC will participate as part of a larger, multi-county effort called the Central Florida Water Cooperative (“CFWI”). Observing that CFWI addresses the needs of other major water users, such as agriculture and power generation, de la Parte noted, “The trip is not over; you’ve just entered the bus.”

Ed de la Parte is a Board Certified State and Federal Government and Administrative Practice Lawyer. He has been with the firm of de la Parte & Gilbert, P.A. for almost forty years and concentrates his practice in the areas of government, administrative, environmental land use, and water law. Ed can be reached at edelaparte@dgfirm.com. 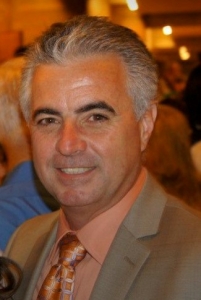 Rick is the president of Caldeco Mechanical Services, Inc. Rick started his company performing air conditioning and heating repairs and installations for friends and family, and since 1990, Caldeco has grown to 40 employees. Rick is a third generation Tampa native and is the younger brother of de la Parte & Gilbert shareholder, David Caldevilla, who is very proud of his brother’s accomplishments.