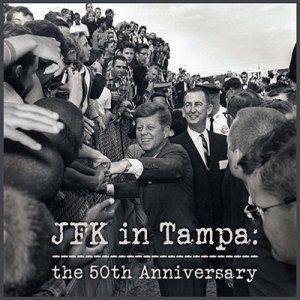 de la Parte & Gilbert is proud to join WUSF Public Media in sponsoring the TV film, JFK in Tampa: The 50th Anniversary. The one-hour documentary will commemorate the 50th anniversary of John F. Kennedy’s visit to the Tampa Bay area and will include rarely seen video footage, images and oral histories as told by those who were a part of this historic visit. WUSF will premiere the film on Sunday, November 17, 2013 and it will be available online through www.jfkintampa.org and www.wusf.org. Ultimately, the film will be archived in museums and libraries across the nation, including the JFK Presidential Library and Museum.